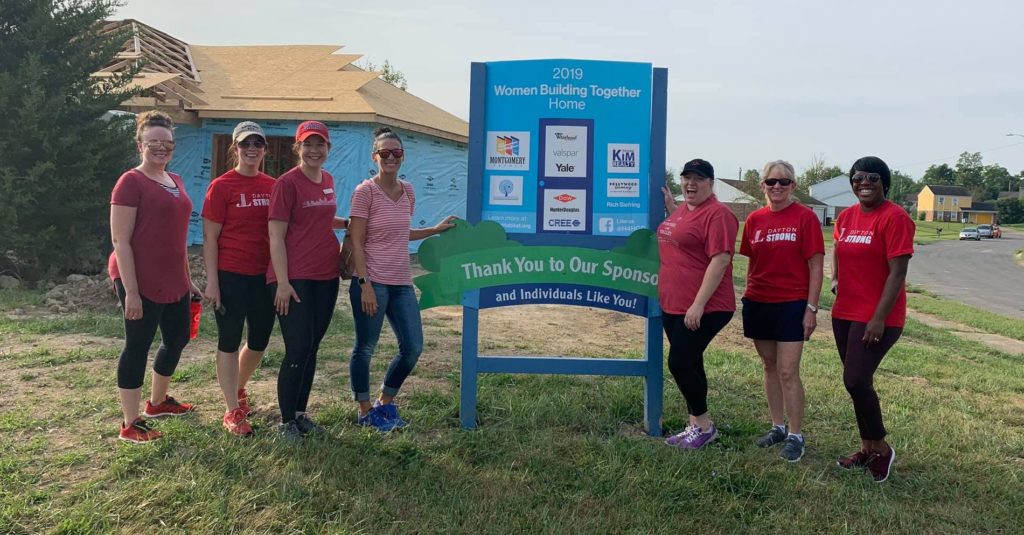 It has been a tough summer to be a Daytonian. It began on Memorial Day 2019 when 15 tornadoes tore through the Miami Valley, killing one person and displacing hundreds. Then in August, a gunman opened fire in a downtown entertainment district, killing nine and injuring over 30 others. While disaster relief is not part of the Junior League of Dayton’s mission, serving our community is our purpose and the ladies of the Junior League of Dayton responded to the community in its time of need.

Junior League members collected water, food and clothes for those impacted by the tornadoes. Organized and volunteered at donation distribution sites. Donated blood. Volunteered time and skills to people who were displaced and needed help with government forms. Attended vigils and rallies. They even helped Habitat for Humanity build a house for a family whose home was destroyed by the tornadoes. As of the end of September, Junior League women have volunteered over 2,000 hours and counting toward relief efforts in the Dayton community.

While Dayton is on the road to recovering, we are all still healing. If you or someone who know needs extra help to deal with the grief and trauma, please visit daytonheals.org for resources that can help.

If you are interested in joining this group of women dedicated to the Dayton community, the Junior League of Dayton is celebrating its 100th anniversary and there has never been a better time to join. Email membership@jldayton.org for more information.